From our holiday apartments, it will take you only 1h by train or car to get to one of the best known and most visited cities in the world: Venice.

Take advantage of all the comfort and spend just the right price to experience art, history and culture in a thousand-year old city that deserves to be discovered “sestiere” after “sestiere”.

Piazza San Marco: it’s Venice’s salon, the only square that is called piazza. A spacious and articulated trapezoid, with porticos on both sides, historical cafés and open-air little orchestras. 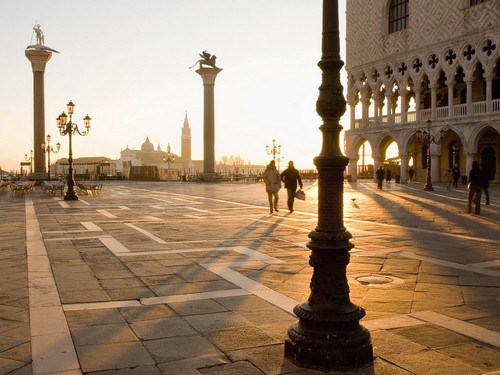 Saint Mark’ Basilica: Saint Mark’s Basilica is the most important church in Venice, it’s a patriarchal cathedral basilica. Together with the bell tower and the square of the same name, it is the main monument of Venice and a symbol of Italy.

Saint Mark’s Bell Tower: 99 meters tall, it is a privileged observatory to enjoy a comprehensive view of the entire city. It was first built in the XII century, where it is believed to have been an observation post.

Doge’s Palace: The Doge’s Palace used to be the seat of the Doge, it is now one of the symbols of Venice and a Gothic masterpiece.

Bridge of Sighs: made of white limestone, it used to be the link between the court halls in the Doge’s Palace and the New Prison.

Rialto’s Bridge: not only is it one of the best known architectural symbols of Venice, it is one of the most important and central points of the city.

Grand Canal: The Grand Canal passes through Venice along 4 km, splitting the historical center of the city. Don’t miss a Grand Canal tour if you wish to observe and admire the city from an unusual point of view. 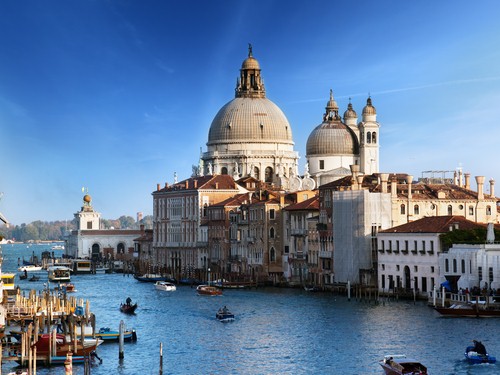 La Fenice Theater: it is located in Sestiere San Marco and is currently the main Venice’s opera theater. It was destroyed and re-built several times, while important opera and symphony seasons and the Contemporary Music International Festival took place there.

Ca´ d´Oro: it is undoubtedly one of the most beautiful and famous buildings along the Grand Canal. The facade of this extraordinary Gothic palace, with its arches and ogival windows, was coated with gold leaves, hence its name.

Harry’s Bar: in this historic café, which has been declared national heritage, don’t forget to taste a Bellini, the most famous long drink in the city, named after Giovanni Bellini and invented on the occasion of an exhibit dedicated to the painter in 1948.

Ghetto: it was the area where the Jewish were obliged to dwel during the Venetian Republic period. It is located in sestiere Cannaregio and is now the seat of the Jewish community of the city. It is one of the best preserved sestieri, its tower-houses are really peculiar.

Visiting Venice’s islands is fundamental to fully understand its magic, in particular Murano (well known for glass art) and Burano (famous for the laces produced there and for its richly decorated houses). Giudecca island is the largest and the nearest to the center, it hosts the Redentore church, wich was build in the XVI century to celebrate the end of a terrible plague, and is now one of the best examples of artistic Palladian architecture.

Here are some of the events you shouldn’t miss:

Moreover, Art Biennale and Architecture Biennale (from June to November).

Emanuele, elegantly furnished accommodation on the second floor of a quiet building with elevator, next to a cycling path can host up to 3 people.

Apartment Dandy will immediately surprise you thanks to its elegance and comfort. It has been wisely furnished with both classic and modern elements and it can host up to 4 people.

A building with elevator hosts this second-floor young and modern apartment, for a colorful holiday. Serenissima can host up to 3 people.